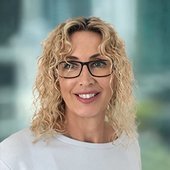 Recently, I made a quick trip up to Lismore to hand out 15 laptops that DB Results very generously donated to home-schooling children who lost everything in the catastrophic floods that wiped out Lismore and surrounds.

As an ex-resident of Byron Bay, about 40kms from Lismore, I feel a deep connection with this special region. I felt compelled to answer the call to action when it came from my good friend who is very active in that community. I was so pleased when DB Results came back with a resounding “Yes!” when asked if the company could donate some computers. I was thrilled when the number was 15.

I drove up on Friday and arrived after dark, so I didn’t get a good idea of the devastation at first. I stayed at a friend’s house in the country about 10 kms from the Lismore CBD. What I did notice was that for the last 20kms or so before I reached my friend’s house, the roads were in very bad shape. I was very glad I was driving a 4WD.

On Saturday morning we toured around Lismore CBD and surrounds. I was astounded and overwhelmed by the absolute devastation I saw. I had seen the pictures and videos on the news and socials, but nothing could prepare me for what I saw in person. A whole large town just gone. Not a single building was untouched. Most are now uninhabitable. They are empty, mouldy shells.

I saw homes, hundreds of them, probably thousands, now just the exterior walls left, that look like they have been abandoned for decades. Public buildings and infrastructure destroyed. Massive water tanks that were uprooted and floated away, bashing into and damaging houses and other structures, and now lying kilometres away. Cars that had just floated away now piled up in paddocks. 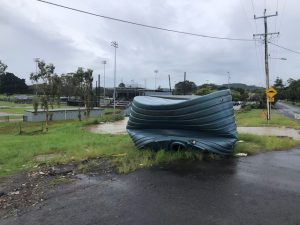 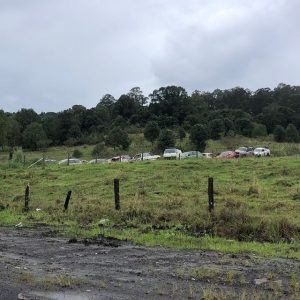 And the cane fields. Kilometres of cane fields, one of the main sources of industry around these parts, yellow and dying. At one point my husband asked me what the name of the massive lake we were passing was, complete with flocks of water birds and ducks. I had to tell him that was not a lake, but someone’s fields, completely flooded, still. 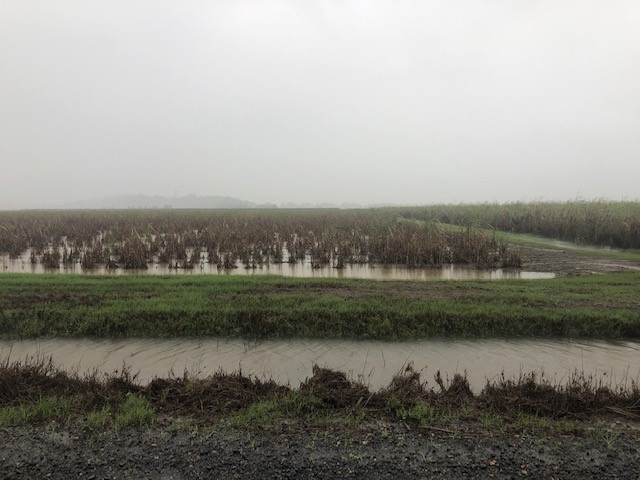 My first thought upon seeing all this was “where are all the people living now?” This is the biggest tragedy. There are so many displaced people. People who have lost their houses, their possessions, their jobs, and their spirit.

As the rain came now in torrents (it hasn’t stopped for months), we reached the only place we could go to distribute the computers, a tent city set up by the Koori Mail to feed and provide services to the displaced people. There were no buildings we could use, there are no habitable buildings in Lismore. About 7 families came to collect computers, found and vetted by the Country Women’s Association who helped organise this outreach. Others wanted to come but they had no transport to get here, their cars were lost in the floods. Or they lived too far out on unpassable roads.

The mothers and children who came were so grateful for those computers. They were touched to know that someone was thinking about them and cared enough to help them. One lady arrived to collect a computer for her daughter and grandchildren who were billeted 200kms away. She told me about an old lady who is living in the empty shell of her house with only a mouldy old mattress to sleep on. No electricity, no running water. She has nowhere else to go.

My brother lives in New Orleans, and I visited him after cyclone Katrina and the following floods devasted that city. What I saw in Lismore reminded me of what I saw there. Complete and utter Armageddon.

I will never again take my clean, dry house for granted.

Thank you, DB Results, for caring. I am proud of you.

Whilst DB Results provides digital solutions for our customers, we believe this also means staying personal and keeping focused on the human touch in the... 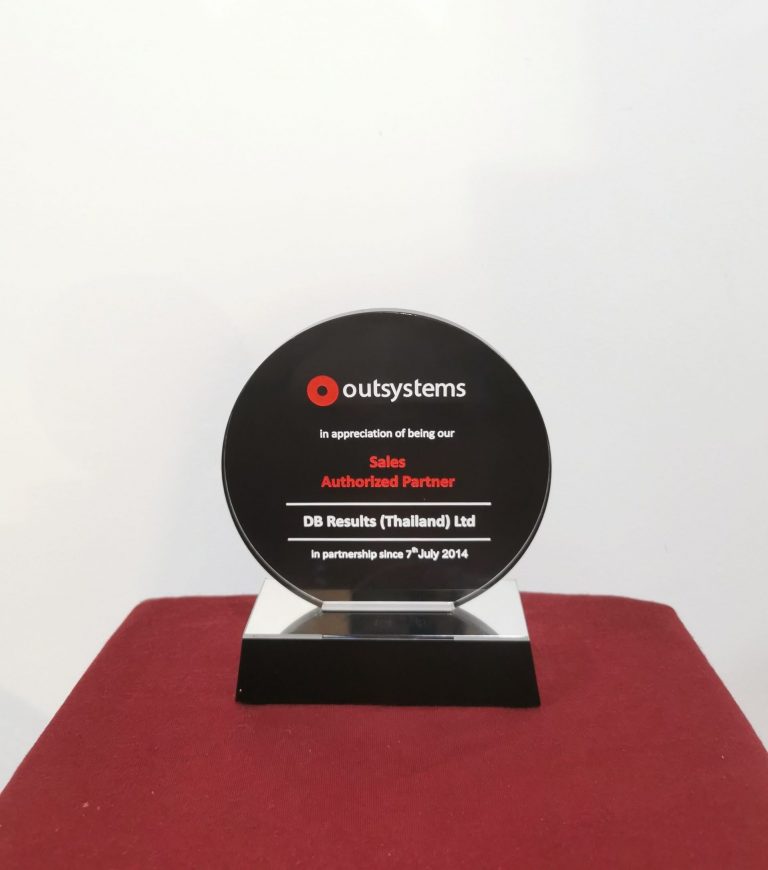 DB Results Thailand is proud to receive the “OutSystems Sales Authorised Partner appreciation award”. DB Results has been involved in the OutSystems partner program since...

December 7, 2022
We use cookies on our website to give you the most relevant experience by remembering your preferences and repeat visits. By clicking “Accept All”, you consent to the use of ALL the cookies. However, you may visit "Cookie Settings" to provide a controlled consent.
Cookie SettingsAccept All
Manage consent